It’s the middle of June, which means it’s time to start looking at potential cuts for cap space purposes.

It’s the middle of June, which means it’s time to start looking at potential cuts for cap space purposes.

Grant brings on a cap hit of 4.6mil this season. If he is released now, Miami would save 4.08mil this season and take on just $600k in dead money. Sure, there are other WR’s Miami can cut before him, but when comparing his production to his pay, it’s not worth it. In 2020, Jakeem Grant only had a 66% catch percentage. He had plenty of costly drops throughout the season, but every Dolphins fan remembers this one from the game against Cincinnati.

Yes, that was bad. The only problem is, that isn’t a one time thing. This has been a problem for years, and it doesn’t seem to be improving.

Just last week, he dropped multiple passes from Tua during one practice session. He has shown immense talent as a PR/KR, but there are plenty of guys who can do that for the Dolphins. Maybe Miami can cut someone like Albert Wilson, but that would be solely for cap purposes. However, Wilson’s cap hit is just $500k more than Grant’s, which in Miami’s situation, is not enough to cut the better player.

This isn’t really a wild prediction. He came in as an undrafted free-agent in 2019, and he likely made the roster because the team was being assembled to fail. Why he made the team doesn’t matter, because he did it again in 2020, and he showed some flashes of potential whenever he got on the field. In 2020, he had 13 carries for 72 yards, which is about 5.5 YPC. That’s a really good average, but that isn’t a large enough sample size at all.

With Myles Gaskin who carried most of the load last year, Salvon Ahmed who showed flashes of potential, the signing of Malcolm Brown, and drafting Gerrid Doaks from Cincinnati, Laird may be the odd man out. Cutting him would save the Dolphins $850k against the cap and take on just a $3k dead cap hit. 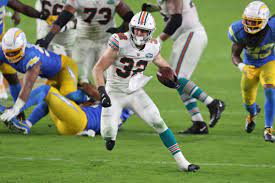 Miami signed Fejedelem as a depth piece and special teams player last offseason, and as expected, that’s all he was. When it comes to pass defense, he isn’t much help at all, but he’s decent against the run. However, he didn’t get on the field much and only had 10 tackles all of last year. He’s due $2.53 million this season, which should be considered an overpay for what he does. Cutting him would save Miami all of that $2.53 million against the cap, and that could be used to sign someone later this summer.

Although his time in Miami may soon come to an end, all Dolphins fans are going to remember this fake punt versus Oakland for a long time.

Benito Jones spent most of his rookie year on the practice squad, but was active for 6 games. Through those 6 games, he played 48 snaps on defense and only managed to make one tackle. Although this isn’t a necessary cut, Miami can easily cut him and save $780k in cap space. He has potential, but the Fins have decent depth on the interior defensive line with John Jenkins, Adam Butler, Jonathan Ledbetter, and Jason Strowbridge. At worst he can be a Practice squad player. 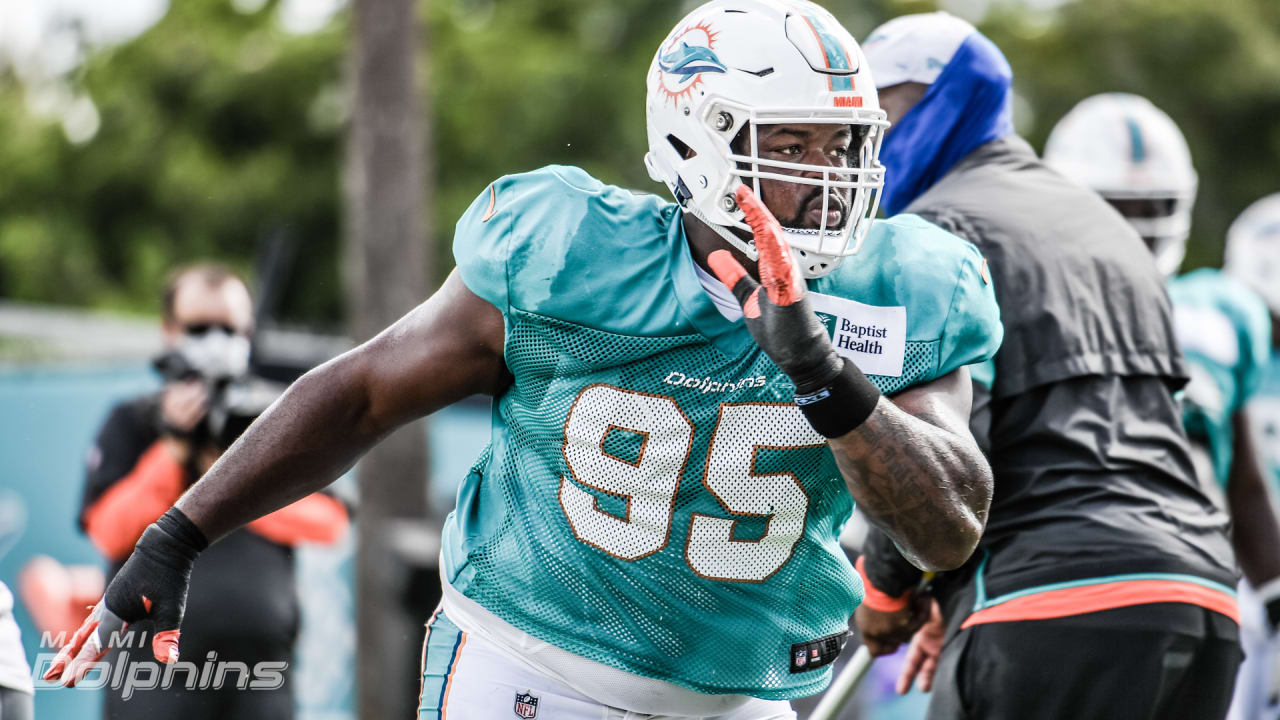 Jesse Davis is the least likely cut out of everyone mentioned in this article. Davis is versatile (he can play 4 of 5 positions on the OL) and experienced, spending the last 4 years in Miami. However, he will turn 30 in the beginning of the 2021 season. That makes him the 4th oldest player on the roster.

Davis adds depth, but with the signing of DJ Fluker and drafting of Liam Eichenberg, that need for depth slightly decreases. Davis spent the last four years on the Dolphins active roster, but has been average at best; In 2020, PFF rated him at 62.6, his highest grade ever. DJ Fluker is already 30, but he has been a really good linemen during his career, and PFF has rated him higher than Davis from 2017 through 2020.

Cutting Jesse Davis would save Miami $3.5 million against the cap, and bring a $1 million dead cap hit with the move. Although I wouldn’t expect this to happen, Miami could definitely do it to create some more cap space. 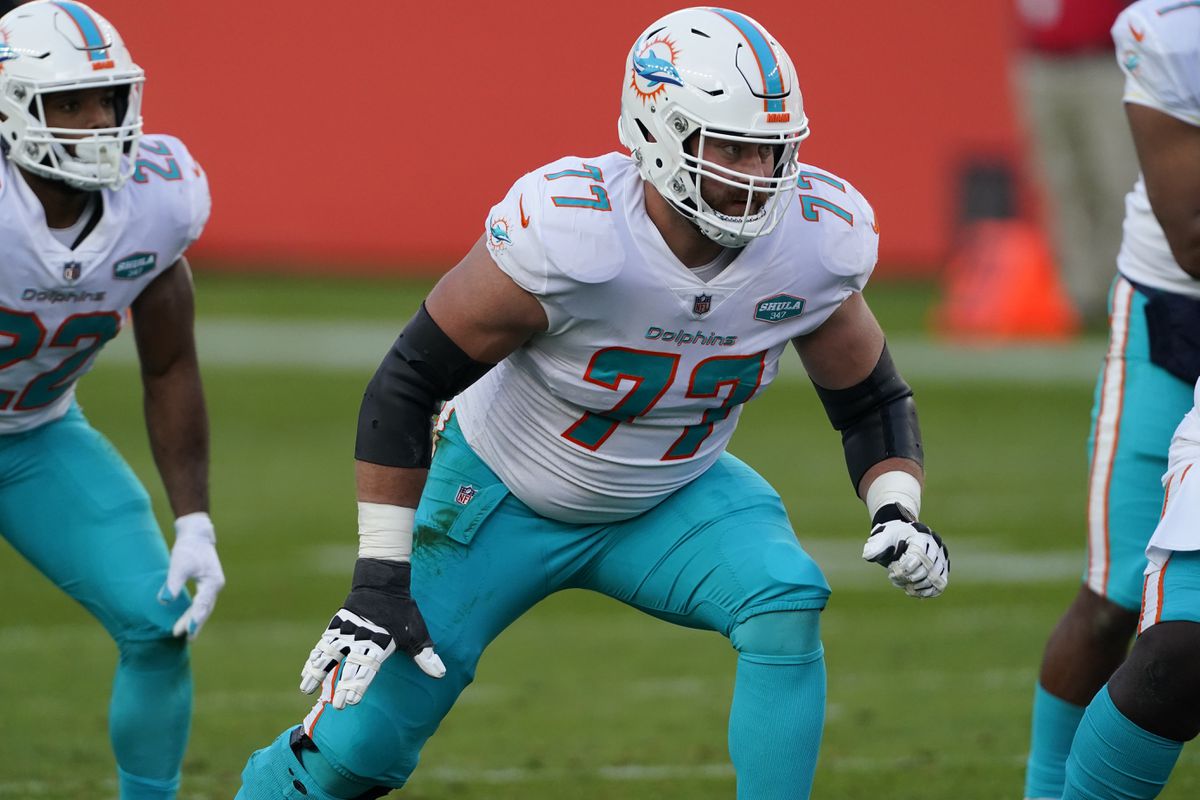 The Atlanta Falcons preseason started with a surprisingly fun game that featured some late-game heroics from the future star under center.

49ers Preseason Preview: Five Things To Watch vs. the Packers

The San Francisco 49ers kick off their preseason Friday against the Green Bay Packers. After … END_OF_DOCUMENT_TOKEN_TO_BE_REPLACED

There is not a more important position in any sport than that of quarterback. Great … END_OF_DOCUMENT_TOKEN_TO_BE_REPLACED

The 49ers held their 12th and final training camp practice yesterday. I had the privilege … END_OF_DOCUMENT_TOKEN_TO_BE_REPLACED

In July 2017, the Southsiders made a trade that would change the team’s trajectory for … END_OF_DOCUMENT_TOKEN_TO_BE_REPLACED